One of the last short pieces I teach in my first-year Literature and Writing course is Frances Burney‘s March 22, 1812 letter to her sister, often anthologized as “A Mastectomy.” In it she describes her harrowing experience in the operating theatre of her own living room, undergoing major surgery with nothing more than a cambric handkerchief and a glass of fortified wine to steady her nerves. As a class we talk about the relationships between medicine, language, the body, and the story. Students are struck (of course) by Burney’s true grit: she answers the question, “Qui me tiendra ce sein?” when none of her doctors have the courage to, insisting on her presence not just as a patient but as a participant in her own medical process. I won’t reveal what happens; you’ll have to read it yourself. What I will say, though, is that each time we talk about the text, one student sits in the centre of us all, silent, with a cloth covering their face. It’s very uncomfortable for everyone, and that’s part of the point. What effect does the alienation of the patient have on quality of medical care? 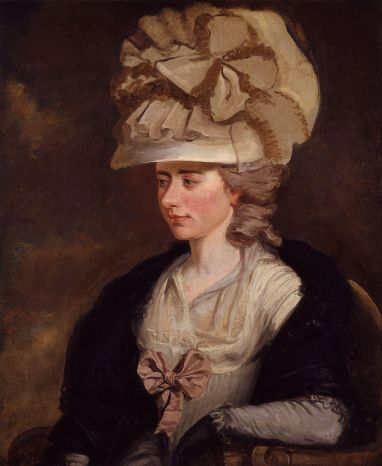 I write about it now because I recently underwent a medical procedure of my own in which, briefly, I got to participate, not just as the patient but as someone who was responsible for part of its completion. I got asked if I wanted to be passive or active, and I chose active–in fact, I responded, “I’m going full Fanny Burney on this one.” The procedure was painful, I won’t deny it, but I wasn’t afraid in the way I most likely would have been if my hands had only been employed in keeping myself still, or covering my eyes to avoid the whole thing. I was in charge of my own body. I am sure it hurt less.

Rebecca Maatta, a Victorianist scholar whose work in the Medical Humanities I admire very much, writes and teaches about how treatments of the living and the dead have changed over time, and what a difference it makes to both the patients and the practitioners. My health is a subject not just of treatment but of conversation; the treatment honours the conversation, and the conversation validates the treatment. I thought a lot about Burney in those moments: she was isolated by gender, language, profession, and health. I wished I had been with her. I hope I would have insisted on staying in the room with her, as she comforted me during my own moments on the table.